Medical deserts are still an unknown concept in Italy. This is one of the conclusions from AHEAD partner Cittadinanzattiva’s research on medical deserts and their pilot project activities on consensus-building in Campania and Sicily. During these local consensus-building sessions, Cittadinanzattiva interviewed local stakeholders about their understanding of and perspectives on medical desertification in the two regions in Italy. The outcomes of these sessions confirmed what Cittadinanzattiva found through an analysis of the shortcomings of territorial assistance in Italy. Cittadinanzattiva identified several common patterns and trends which implicitly refer to medical desertification. Above all, three main characteristics in most research articles were: shortage of healthcare personnel, insufficient healthcare services, and lack of adequate territorial assistance, especially in underserved areas. Other key factors involve uneven and fragmented regional health services in rural areas, poor access to medical care and services, scarce prevention and follow-up, and acute hospitals and medical facilities unable to adequately meet safety and quality standards. Geography also appeared to be a key determinant; in fact, distance and rurality represent barriers of cost, time and inconvenience for patients in accessing primary care and prevention. AHEAD will use these findings for wider/national sessions, to ultimately achieve co-created policy options to address medical deserts.

The Italian paper Il Mattino published an item about AHEAD, you can read it here (in Italian).

How can participatory consensus building contribute to successful policies to counteract medical deserts?

One of AHEAD’s unique selling points is our participatory consensus building methodology.

It is known from literature that successful implementation of health workforce policies requires strong inter-sectoral governance and consensus building among the different stakeholders involved. As a consortium, we have therefore set out to draft, test and validate a consensus building methodology, in order to increase the chances of successfully counteracting medical deserts.

With the consensus building methodology, we aim to achieve the following:

This method consists of two phases at local level and one at national level, all with facilitated dialogues:

Phase 2 (local level): Representatives from each group come together to discuss their priorities and jointly agree upon a priority of policies representing “the ideal mix of measures”, including advantages and trade-offs.

Join our webinar on September 16: What are medical deserts and how do we find them?

During an interactive webinar on September 16th – with a keynote speech from Katarzyna Ptak-Bufkens of the Directorate-General for Health and Food Safety (European Commission) – we will share key takeaways from our country reports on medical deserts in the countries on which AHEAD focuses on: Italy, Moldova, the Netherlands, Romania and Serbia.

Aysel Rahimli, project coordinator of the AHEAD project at Wemos, will present our country report findings. Stefan Mandic-Rajcevic, data research analyst with an MD from the University of Belgrade and a Ph.D. in Occupational Medicine and Industrial Hygiene from the University of Milan (Italy), and part of AHEAD partner Media Education Center, will moderate the webinar.

During the webinar, we will:

We look forward to seeing you there! 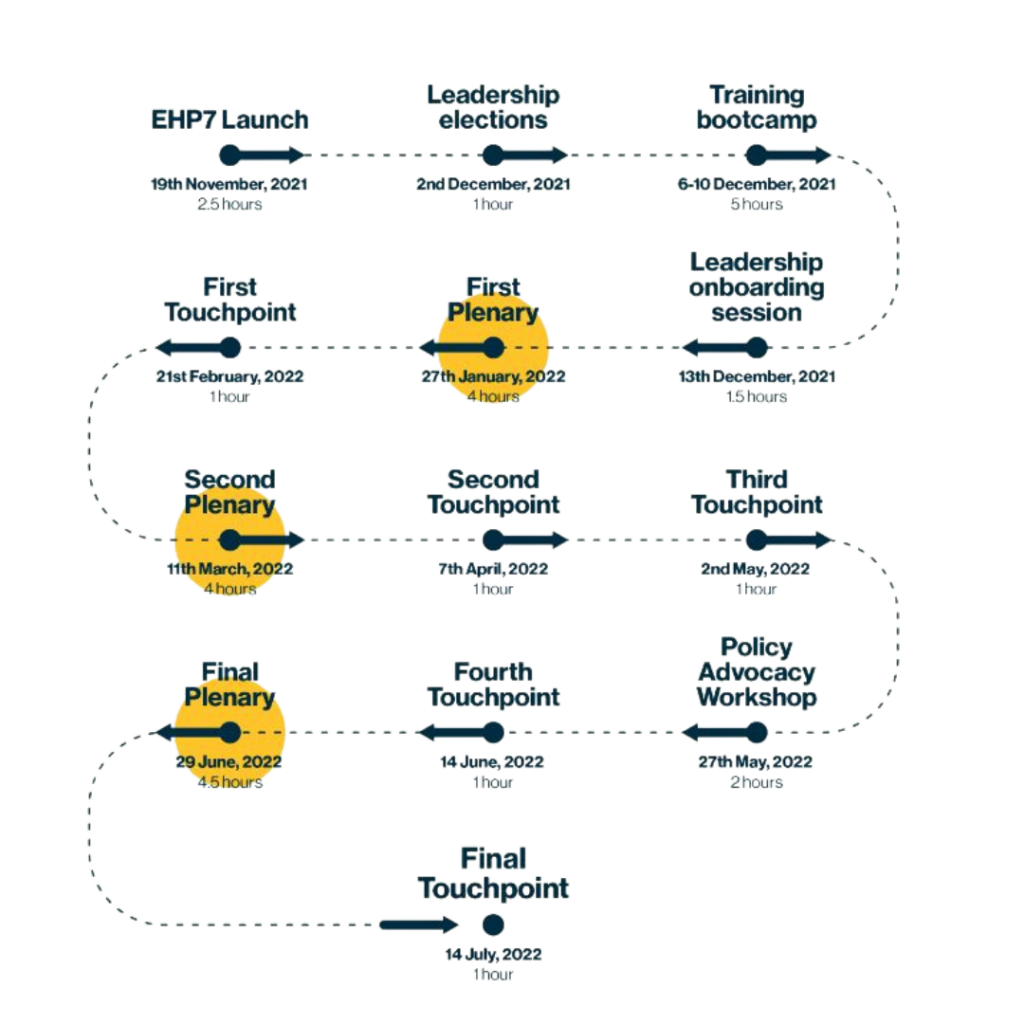 The European Health Parliament (EHP) has released the 7th round of Recommendations on Recover, Reinvest, Reinvent: Creating a resilient European Health Union. AHEAD project coordinator Aysel Rahimli from Wemos (lead organisation of the AHEAD consortium) contributed to the theme ‘Future-proofing health systems’, highlighting the need to address medical deserts in the European context. Read the EHP7 policy recommendations here; and the policy recommendations on future proofing health systems here.

AHEAD webinar on September 16

Upcoming AHEAD webinar on September 16: what are medical deserts and how do we find them?

What are the different manifestations – or ‘faces’ – of medical deserts in Europe? During an interactive webinar on September 16th – with a keynote speech from Katarzyna Ptak-Bufkens of the Directorate-General for Heath and Food Safety (European Commission) – Wemos and our partners in the project Action for Health and Equity: Addressing medical Deserts (AHEAD) will dive into this question. We will share key takeaways from our country reports on medical deserts in the countries on which AHEAD focuses: Italy, Moldova, the Netherlands, Romania and Serbia.

Aysel Rahimli, project coordinator of the AHEAD project at Wemos, will present our country report findings. Dana Farcasanu, Executive President of the Center for Health Policies and Services, will present our research and methodology. Stefan Mandic-Rajcevic, data research analyst at the University of Belgrade and part of the AHEAD team in Serbia, will moderate the webinar.

“It was fascinating to compares notes after the country teams had concluded their research,” says Corinne Hinlopen (AHEAD programme officer at Wemos) about the country reports. “For instance, we found that respondents in regions where the situation had already improved did not consider themselves medical deserts anymore, even though quantitative indicators were still below standard. Also, we discovered that there is a lot of confusion and unclarity about which institutions can be held accountable for which specific policy decisions that could help solve medical deserts.”

Medical deserts are areas with a low concentration of health services that result in unmet medical needs and increasing health inequalities. With the AHEAD project, we aim to reduce health inequalities by addressing the challenge of medical deserts and medical desertification in Europe. The team behind the project consists of the Center for Health Policies and Services (Romania), Cittadinanza Attiva (Italy), Media Education Centre (Serbia), National School for Public Health Management (Moldova), Wemos (Netherlands), and VU Athena (Netherlands).

Join our webinar on September 16th, during which we will: 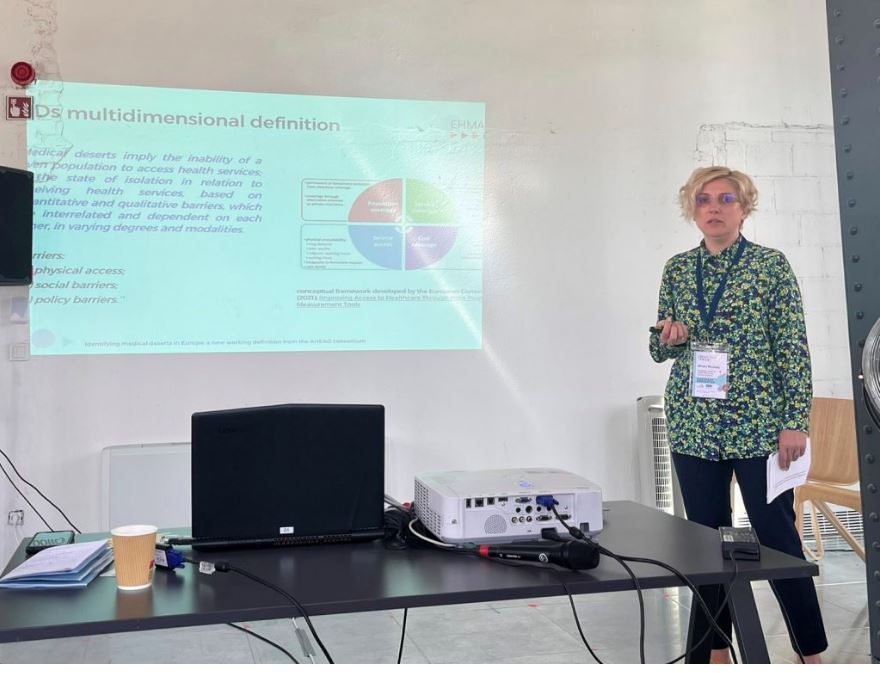 On June 15-17th, AHEAD attended the European Health Management Associaton’s (EHMA) annual conference in Brussels. Titled ‘From people to systems: leadership for a sustainable future’, the conference focused on exploring challenges and solutions for creating sustainable health systems and ways health managers can lead towards them. On June 17th, Mirela Mustata (from our AHEAD partner organisation CHPS) presented our literature findings on identifying medical deserts in Europe during an engaging abstract session.

Aysel Rahimli (AHEAD programme coordinator): ‘’It was fantastic to participate (in our first) in-person conference. We are proud to have our Romanian colleague Mirela represent us and present our preliminary version of the working definition of medical deserts, paving the way for a standardised approach to identifying and monitoring medical deserts in Europe. It was inspiring to hear about the research of other organisations and consortia that are working on similar issues on access to medical services, addressing health workforce shortages and retention, and improving health outcomes of marginalised and vulnerable populations, often in remote and rural areas.

We also were happy to have finally met several colleagues with whom we had only had online interactions during previous months. Returning to some in-person normality is a positive step towards successful collaborations and planning sustainability of our projects. It was also great to see other colleagues that are part of the EU Health Workforce Projects Cluster and the EU Health Policy Platform!‘’

We are organizing the next AHEAD webinar behind the scenes. We look forward to sharing our country findings with you during this exciting session. Stay tuned for the full programme, speakers and date! 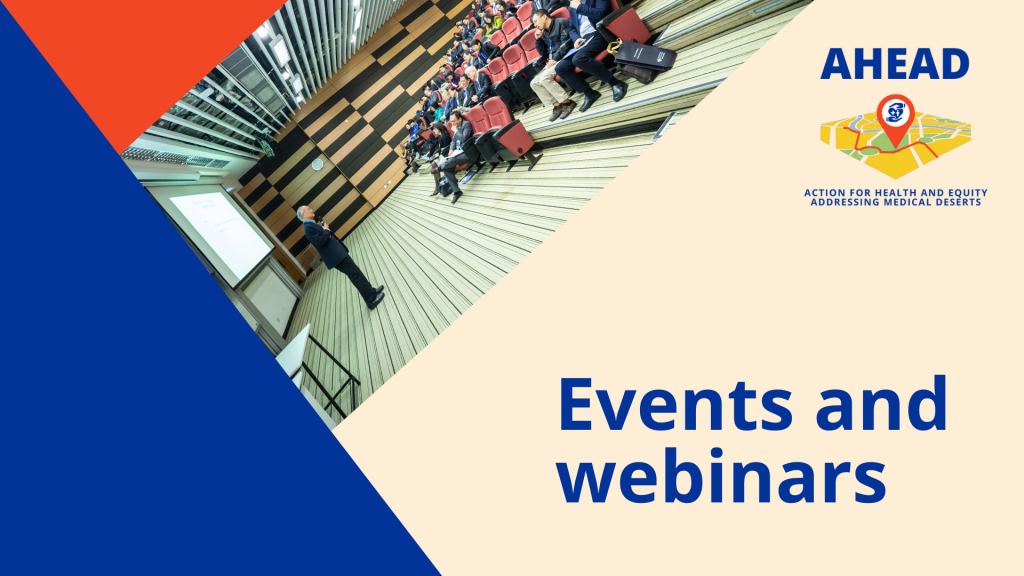 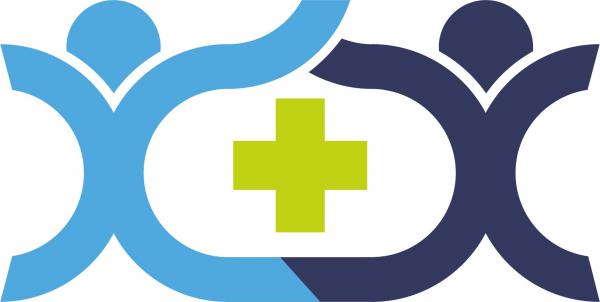 Countries can address access to health inequalities in the population by improving health worker retention and task-shifting policies. So, what should these policies look like? On March 29th, the five projects of the Health Workforce Projects Cluster on the EU Health Policy Platform – including AHEAD – presented the first results of their research during their second webinar on ‘Fighting access to health inequalities by improving health worker retention and task shifting policies’.

On behalf of AHEAD, Mirela Mustata and Dana Farcasanu from the Center for Health Policies and Services (CHPS) presented the findings of our literature review on a multidimensional definition of medical deserts. This definition will be the basis of AHEAD’s research on identifying medical deserts and the Medical Deserts Diagnostics Tool (currently in development).

‘’What we discovered during the literature review stage was the variability of terms that are used to indicate medical deserts and the complexity behind this apparently simple concept. Yet, it became clear that two aspects are key when one indicates whether an area is a medical desert or not: low density of health services in certain areas as compared to population characteristics and needs and physical distance to the health care services that are available. From this starting point, different avenues of research are open: which levels of health care to consider in each country (primary care, emergency, specialized care, what types of specialized care), how to better define population needs, what is the referral point, how to measure distance, how to test and validate the solution? ‘’

Did you miss the webinar? You can watch it back HERE

On June 15-17, 2022, the European Health Management Association’s (EHMA) Annual Conference 2022 – with the theme ‘From people to systems: leadership for a sustainable future’ – will take place in Brussels, Belgium. The conference will bring together key healthcare stakeholders providing the latest evidence on ways to transform health systems. The conference provides opportunities for health managers and health professionals to have their voices heard, to connect with decision-makers, and inform policymaking at the European level.

On behalf of AHEAD, Mirela Mustata (CHPS) will present our literature review findings on a multidimensional definition of medical deserts.

Our first year has been exciting, with many activities and developments which should lay a solid foundation for our project. For example, based on the contexts of the countries AHEAD focuses on, we have been working on a multidimensional definition of medical deserts, conducting qualitative research with stakeholders and collecting quantitative data. In our second year (starting in April 2022), we will implement our draft consensus-building methodology, and design policy options for policy makers to possibly implement in their countries.

We are also excited about finalizing our ‘medical desert maps’ (for our Medical Deserts Diagnostics Tool), which will provide an overview of the locations of medical deserts in the AHEAD focus countries. Stay tuned for more exciting developments AHEAD! 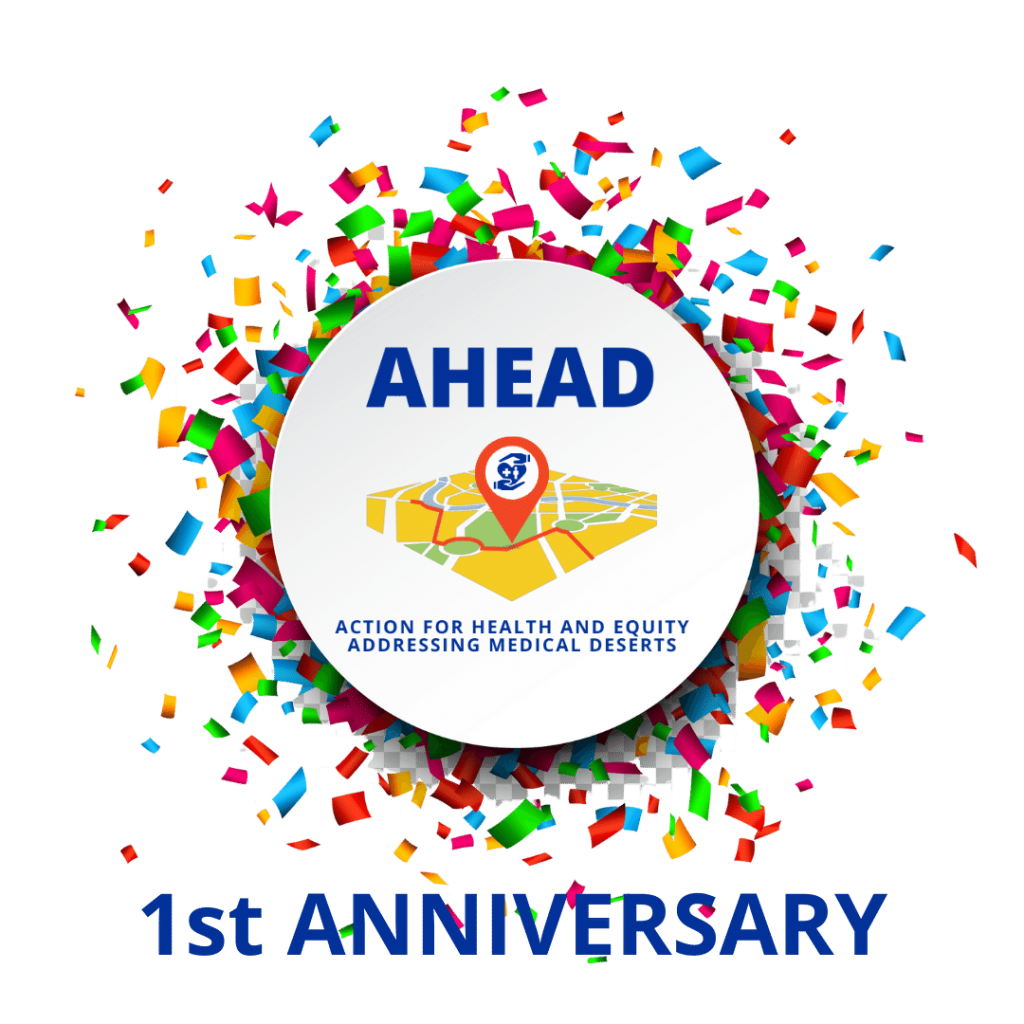 Countries can address access to health inequalities in the population by improving health worker retention and task-shifting policies. So, what should these policies look like? On March 29th, the five projects of the Health Workforce Projects Cluster on the EU Health Policy Platform – including AHEAD – presented the first results of their research during their second webinar on ‘Fighting access to health inequalities by improving health worker retention and task shifting policies’.